A ghost writer who wants to write the great American gay novel gets sidetracked along the way by a writers’ workshop, a closeted Hollywood star, a New Age cult, Manhattan drag queens, and—oh yes—an actual ghost.

11 in stock (can be backordered)

Every writer needs a voice. For Derick Sweetwater, it’s usually someone else’s. Hoping to shed his mantle as ghostwriter to the stars, he escapes to Provincetown to work on a novel—only to land his biggest client ever. Clive Morgan is a studly action-adventure movie star with a secret, and he hires Derick to write his autobiography, promising to “tell all.” But a creepy New Age cult has its designs on Clive, and Derick’s new boyfriend has a secret that tests Derick’s own commitment to honesty. In Lewis DeSimone’s witty, fast-paced satire, the literary world collides with Hollywood mores, Manhattan drag queens, and the occasional ghost—all while Derick tries to sort out his life while Channeling Morgan. 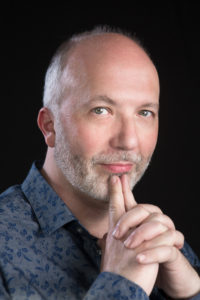 Lewis DeSimone is the author of the novels Chemistry and The Heart’s History. His short stories have appeared in Chelsea Station, Christopher Street, The James White Review, and numerous anthologies, including 2016’s Not Just Another Pretty Face from Beautiful Dreamer Press.

There are no reviews yet.

Be the first to review “Channeling Morgan by Lewis DeSimone”