Have no fear. We’ve chosen an ambitious schedule for our second year, releasing three books between now and the beginning of autumn that are sure to wake your fantasies and stretch your horizons. 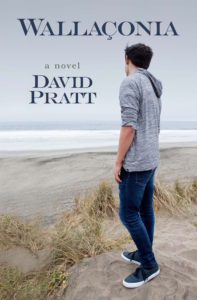 First up is David Pratt’s remarkable Wallaçonia. Written from the point-of-view of an 18-year-old, the style and subject will appeal to adult readers as well.  The central character, Jim Wallace, faces what feels like an overwhelming set of decisions. Should he and his girlfriend have sex? If they do, would that put to rest Jim’s feelings that he isn’t the “upright and sterling young man” his parents expect him to be? Should he work for his neighbor over the holidays, despite his father’s always calling him “Mr. Baxssster”? Should he attend a small, private, liberal arts college tucked away in western Massachusetts, or risk the multiple opportunities that beckon from Boston? Jim used to retreat from these pressures to the safety of the marshes around his Cape Cod home, a place he calls Wallaçonia. But Mr. Baxter – and a boy from Jim’s own past – call him to a fuller version of himself. Wallaçonia is available now from Amazon, Barnes & Noble, and IndieBound. 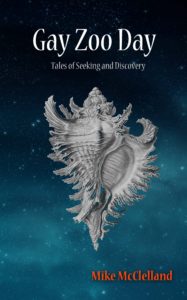 Next, coming out September 1, is Mike McClelland’s debut short fiction collection, Gay Zoo Day: Tales of Seeking and Discovery. In three short stories and five novelettes, McClelland uses the map of the world to explore the map of the heart. The stories take us from Edwardian England and colonial Kenya to the Baikonur Cosmodrome and the International Space Station. We follow gay men and lesbians as they seek fuller lives than what convention and the constraints of their time and place allow. They search deliberately or stumble blindly, tracing paths through landscapes of passion, death, violence, ambition, and sex. Each reaches a different destination, but all find more than what they were looking for. 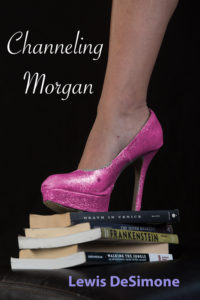 Who’s afraid of E. M. Forster? Perhaps Derick Sweetwater, the central character in Lewis DeSimone’s witty and incisive Channeling Morgan. Hoping to shed his current mantle as ghostwriter to the stars, he attends a writers’ workshop in Provincetown—only to land his biggest client ever, Clive Morgan, the studly action-adventure hero whose tell-all autobiography he hires Derick to write. Throw in a creepy New Age cult, an aging parent who refuses to leave her apartment, a bevy of drag queens, and a host of friends offering contradictory advice on all of the above, and Derick is clearly in a muddle. You won’t need a Baedeker to find your way around these denizens of Provincetown, Manhattan, and Hollywood, but be prepared for a fast-paced tour of modern mores. Vivid satire, snapping dialog, and catastrophes both intimate and public—all collide as Derick tries to sort out his own life while Channeling Morgan. Due out in October, 2017.