We say on our home page that we are interested in unusual content of unusually high quality. But what does that mean? 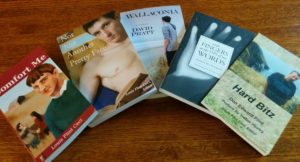 Beautiful Dreamer Press currently has five books to offer the reading public. Each meets our standards in a different way.

But this is just the start. Beautiful Dreamer Press is interested in continuing to explore the boundaries and interconnections between subjects and forms, present issues and historical precedents, dream and reality. Here are some of the books we’d like to publish:

Do any of these ideas interest you? Do you have ideas of your own about what you would like to see from Beautiful Dreamer Press? Let us know.

We are just beginning to wake the dreamers.